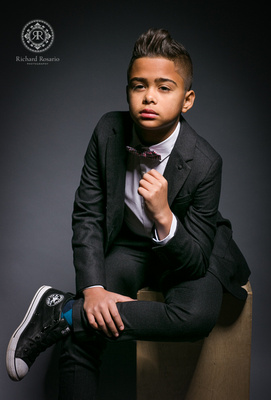 It's not often I get to photograph kid models for their portfolio so this session was a special one. This kids name is AJ (Adrian Jose), only 10yrs old and already thriving as a kid model.

It started when his mom, Francis, thought to take some snaps of him with a decent enough camera and post them onto social media. He instantly started to grab the agency mainstream attention on Instagram in only 5 months. Francis would hashtag known modeling names and other keywords that paid off with the right attention.

AJ is just another kid; his choice of sports are soccer and football, he's into playing video games and hanging out with his budds but not into girls yet because right now they're just “annoying”. Hah. Just wait kid, you won't be saying that for long. He's a quiet kid but has an alter ego big personality especially on stage. Not only is he already in modeling but he wants to be an actor when he grows up, AJ has a bright future waiting for him. 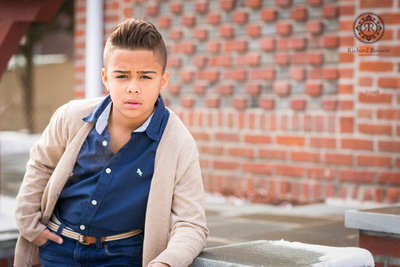 AJ talks about how much he likes all his friends in school and how they cheer his entrance when ever he arrives. I immediately envision “Normmmmmm!!” in the 80's Sitcom “Cheers” as he would walk into a room. (as seen in this YouTube clip https://youtu.be/HPqPAKqzx7M )  He's the more serious, mature kinda kid, the too cool for school kid with his James Dean look he's perfected.

Francis made sure her son was no slacker to grow and move on to become an independent man one day. She has him do his own chores and has 15% of him modeling income go to his trust fund for college. She always knew he'd grow up to become a special kid. AJ has been a fashionista since he was 4yrs old with his matching clothes to his slick comb back, he couldn't leave the house unless he knew he was dressed up and looking sharp. He's not the only talent in the family, there's also an older sister and a younger brother who joins in on the modeling gigs too. In fact she's going to be one of my upcoming sessions next week. Francis is raising superstars in her household and I wouldn't be surprised if she started a whole empire of a kids modeling agency. 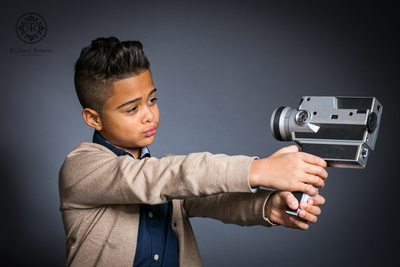