I’ve worked with the Telemundo team before but this time I had the great pleasure to photograph the talented anfitrión of a segment in “Sos Hoy" ran by Indhira Baez & Jose Samboy which aires every Sunday called “Conversando con Deya”. Los congas were strumming, Marc Anthony “Aguanile” was getting us started in between laughs and talks about Deyanira’s show she hosts both in-studio and out at events and we were ready to rock & roll. She has interviewed big time celebrities like Eva Longoria at red carpet events but dreams of interviewing Marc Anthony one day as her most challenging interview according to her. 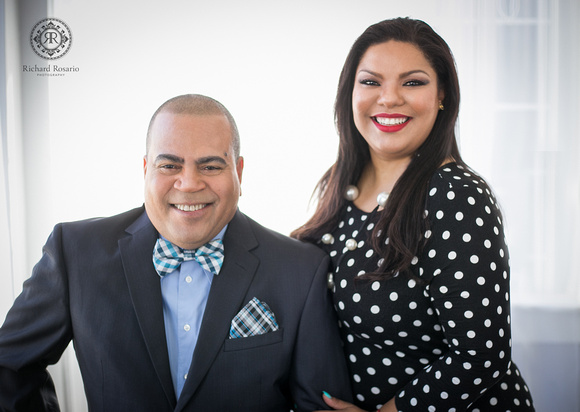 This lovely lady has such smooth confidence and elegance. This is the type of confidence I work at bringing out of some of the women that come to my studio yet she carries herself this way all the time. Deyanira is originally from Dominican Republic, she came to the United States in 1990 and studied Business Administration for a set income until she made her way on towards her passion television by first starting out at the bottom working in a publication called “Latin Trends”. She came from a little island with nothing but a dream and a strong will. 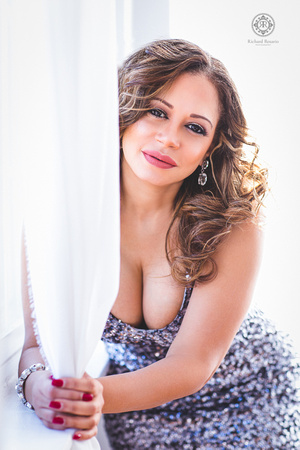 Although she grew up in the states feeling like an outcast stuck between her cultured roots and the American lifestyle; she made her way through those glass ceilings and went on to become a television reporter now working towards running her own blog with a group of women and eventually publishing her own ‘Life Coach’ book. No matter where the road takes Deyanira, her heart will always be in television and man she’s awesome at it.

I was honored to be a guest on her show; she interviewed me about photography and her experience in her session with me, guys, I was nervous. I’m just the type of guy that does all the magic behind the lens not in front of it. Even though I was a bit nervous, Deyanira made it a lot easier with her calm and comforting essence. She was on the spotlight this time and man, yeah, she rocked out this photoshoot with more beauty and elegance than I could ever try and pull off with anyone else. Her makeup artist was a good friend of mines that I’ve done photography for in the past; Berenice Bautista of Telemundo. The whole crew was there; camera man, assistants, blogger, makeup artist, hair stylist, and Ms. Deyanira. It was a full house, full of life and success. I look forward to working with Telemundo in the future, especially when they are as amazing as Ms. Martinez! Don’t forget….

Be Feliz, Be Determinado, Be Tu!